Crafters Companion > Blog > Fun and giggles behind the scenes thisafternoon…

Fun and giggles behind the scenes thisafternoon…

Well, was anyone tuned into Create & Craft during the 6pm show thisevening? If so, you’ll have seen our Nancy and Debbie having some fun and games! It turns out that because they’ve got some new graphic gadgets in at Ideal World, there was some problem and the information on your screens (that they officially term ‘The L’s’ in the big old world of shopping TV) kept disappearing.
In the end there were so many problems that they had to cut the live feed and go to a tape of Leonie instead, so Nancy and Debbie just sat on set and had a bit of a chin wag instead! (Alright for some!) 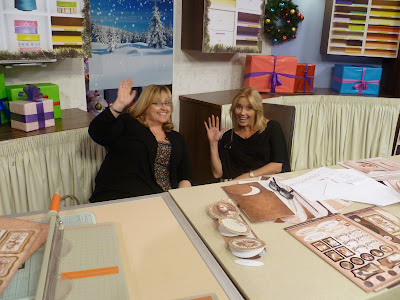 However, (and for those of you who were tuned in, you’ll hopefully have had a laugh at this too!) they decided they would make their own L’s (which im sure you’ll agree, don’t have quite the same effect…!) 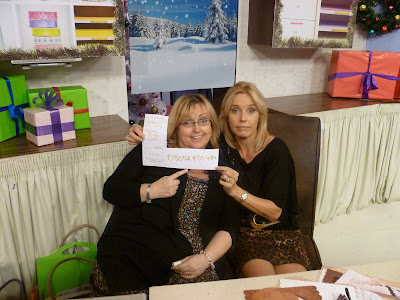 I told Nancy she was selling herself too cheap… 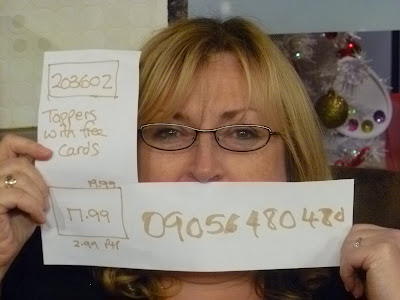 But at least the floor crew all had a giggle! 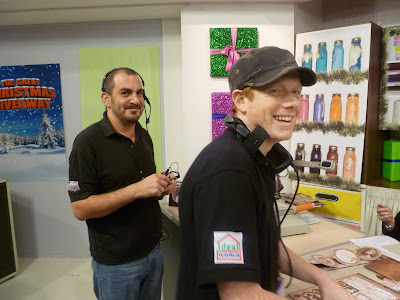 Never a dull day at Ideal towers! I hope you were able to join me for some of the shows today – the Pick of the Week proved to be unbelievably popular – I can’t believe how many people went for the new Enveloplus board with the FREE CD ROM. If anyone has any questions about the new enveloplus, then just leave a comment on this post and i’ll try and answer your question during one of my shows this week.

Speaking of which, the show times tomorrow (Saturday) are 8am, 1pm, 4pm and 6pm. Then on Sunday i’m on Tool Shed (12am-2pm) then again at 4pm and 6pm. And on Monday i’m doing 9am, Paper Clinic (11am-1pm), 2pm and 5pm.
And for all those of you stocking up on your Centura Pearl cardstock, then we’ve got a great special offer on where you can get any 4 packs (pick and mix whichever ones you like!) for only £30, plus if you’re shopping this weekend, then remember it’s double points! If you are going for the new Enveloplus board, then you’ll need the 16×16″ Centura Pearl Snow White if you want to make A4 size envelopes (which is included on this deal!)
Will keep you updated while i’m here this week! Sara xxx
Crafter's Newsletter