Well, we’ve had an amazing week at the CHA Summer Show in Rosemont, Chicago – it’s been non-stop from start to finish and we’ve met some fabulous people! But the highlight of the week for us has got to be picking up a top award for innovation for our new Envelobox Creator Board!
I was thrilled when the product was selected from hundreds of new product releases at the summer show to be in the CHA’s top 20 most innovative new releases, but I never thought for one minute we would pick up an award at the show, especially when I saw the other great products we were up against (including new releases from the likes of Tim Holtz and leading industry names such as Faber Castel, Cropper Hopper and Beadalon!)
There were some top celebrity judges on the panel, including 2-time Emmy award winner and PBS TV host Terry-O, and all the judges spoke to me afterwards and commented on how unique and innovative they felt the product was!
I was thrilled to be presented with the award by CHA’s own Tony Lee – acting CEO and President of the Craft and Hobby Association… 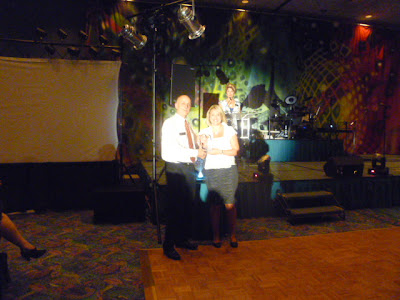 Then I was joined by the rest of the team for the official photoshoot (from left to right – Bindy (our newest recruit Stateside!), Leann, myself, hubby Simon and Gary our US Sales Manager) 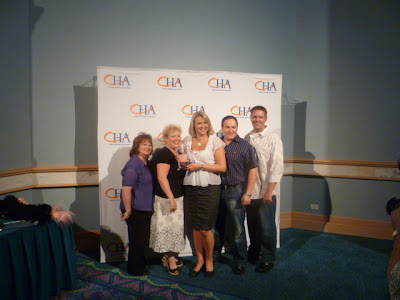 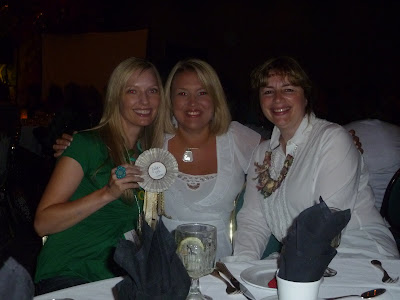 It was a wonderful evening, and it’s been a great show and one with many highlights which i’ll try to share with you over the following days when I get a minute! I’m still over here in Rosemont – there’s a big consumer show that we’re exhibiting at so i’m demonstrating our Ultimate Pro and new envelobox and boxer tools, then flying home on Sunday evening ready for a busy week back at the office next week!